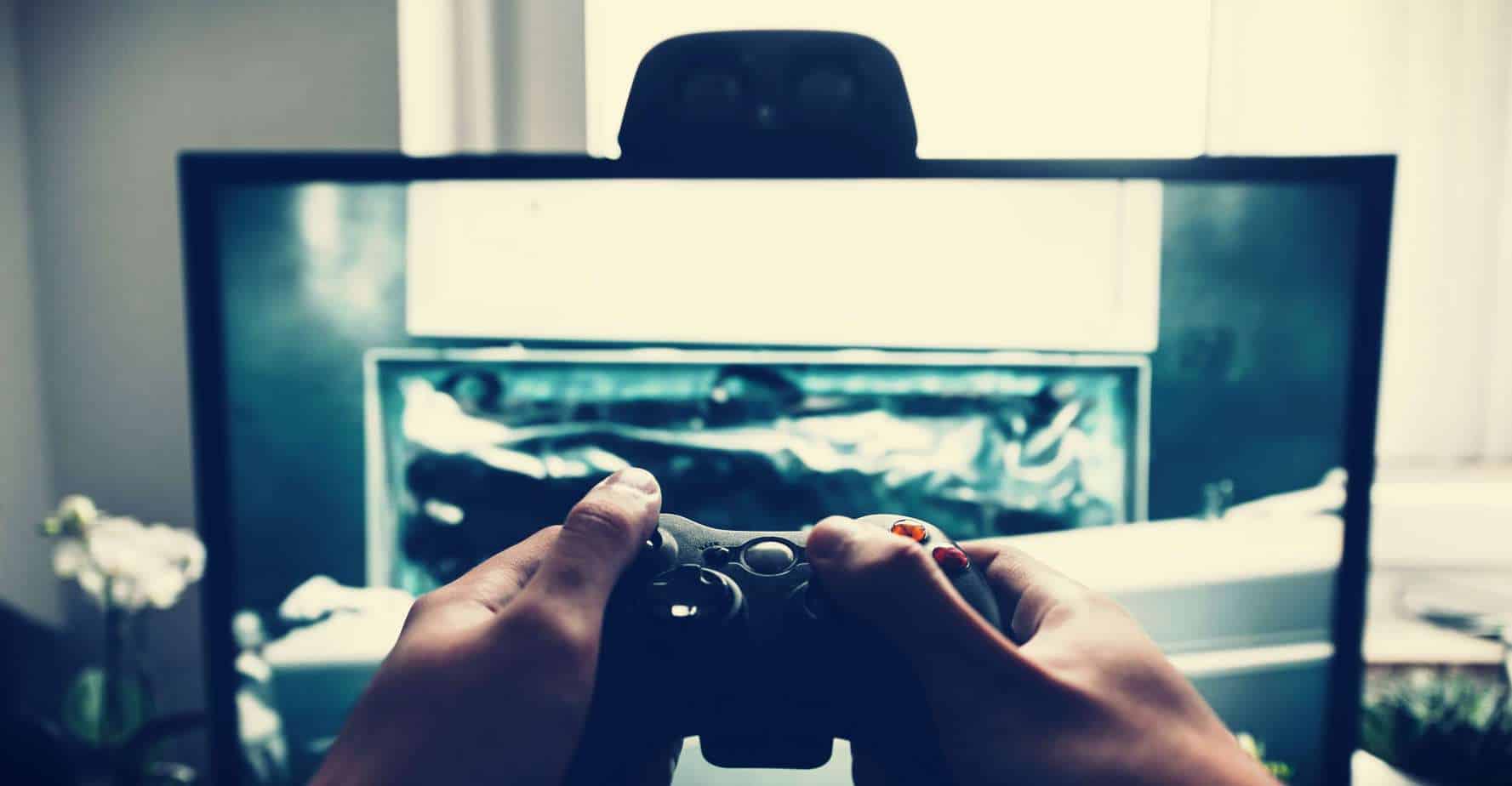 OMGitsfirefoxx, or, in the physical world, Sonja Reid waited patiently for Fallout 4 to launch. Then she played it for 19 hours straight. On Twitch.

But then you know that Twitch routinely brings epic, must-watch streams to your screen. Want to know how to make money on Twitch?

Syndicate, riotgames, summit1g, and others who have more than 2 million followers are obviously getting paid. But there is room for the common man to cash in too.

Let’s get into this.

Among the most popular ideas for making side income these days is Twitch, “the world’s leading social video platform and community for gamers”. With over 1.7 million broadcasters and 100 million community members, it makes sense to see it as a viable form of revenue.

After all, the average Twitch user watches 106 minutes of video streaming per day.

Founded in 2011, Twitch’s live and video on demand platform has gained popularity. It’s a leader in the industry and caters to “game developers, publishers, media outlets, events, casual content creators, and the entire esports scene.”

The dedicated gaming community allows members to broadcast live gameplay footage from their PC, Mac or gaming console as well as footage of their reactions. The live commentary helps clear up questions as well as make the experience fun, interesting, and interactive for everyone watching it.

You Are A Serious Gamer, Right?

Passion about gaming is not something that you can fake. At least not easily.

The best streamers on Twitch offer commentary that connects each of us watching the screen to what is happening in their brain – they let us in. And it is good.

If you don’t feel the passion that drives entertaining gamers, it is best that you find another way to build up your stack of Bitcoin.

What Do I Need?

The first thing you’ll need is a system, like:

If you go with a PC or Mac, you’ll need broadcasting software. Broadcast software such as FFSplit and Open Broadcaster Software are good (and free).

You’ll then need some way to capture yourself on video and capture your gameplay to stream. So you’ll need:

[alert-announce]Note: If you’re serious about this, check out NewEgg.com for your computer and gaming gear. They’re by far the best place to get the highest quality gaming hardware for Twitch broadcasting.[/alert-announce]

So, You Are Still Reading, Serious Gamer. What’s First?

You should know that Twitch wants you to make money as you blow stuff up with TNT on Minecraft. How do we know this? On April 21st of 2017, Twitch launched a new affiliate program that invites just about everyone to start earning cash.

If you’ve streamed for 500 minutes and racked up at least 7 unique play days during the last 30 days, managed to entice three or more human beings to watch you at the same time, and you have 50 followers, you are eligible for the Twitch affiliate program.

I think you’ve got this.

But What Does Being An Affiliate Get Me?

Twitch set up its affiliate program as a kind of farm team for their partnership program, which we will get to later, and to discourage users from sending bank to their favorite streamers using PayPal or a similar business. Should you qualify as a Twitch affiliate, you will be sent an invite to sign up as an affiliate, and your fans will be able to show you money love.

Cheering with Bits lets your enthusiastic fans type “cheer” and a number directly into chat, and a snazzy bit emoticon will appear, and  – this part may deflate your rising enthusiasm – one cent per bit emoticon sent your way. But before you skip ahead to explore other paths to earning bank on Twitch, think macro:

According to Forbes magazine, fans spent 2 million dollars on bits in the first three months of the affiliate program, and 10 million gamers use Twitch every single day.

Twitch Is A Little Possessive

If your loyalties are divided between Twitch and other streaming platforms like YouTube, Dailymotion Games, or Hitbox, you should know that you, as an affiliate or partner, cannot stream – or archive – content that you create on Twitch on other platforms.

Onto The Holy Grail

Partnership is the Holy Grail for Twitch streamers, and, as of July 29th, 2017, Twitch has 22,000 partners. Yes, out of 2.2 million monthly broadcasters. So, Twitch partnership would put you in a wildly elite club, one where the average salary reportedly comes in at between $2,000 and $5,000 dollars.

What does being a partner get me?

If ad revenue is generated from your streams, you earn a percentage of it, calculated by the CPM or Cost Per Thousand model, which is the frequently used way to price online ads.

If an ad image is viewed 1,000 times, a Twitch partner makes between .70 and 2.50. You have control over the length and number of ads played on your channel, with ad lengths running from 30 seconds to 180 seconds.

Now, we’re talking. If you decide to allow your fans to subscribe to your channel, you will receive $4.99 a month from everyone who does so.

Your subscribers will, naturally, receive some perks, like custom emoticons and badges, access to special chats, and unrestricted access to your video archives. CNBC has reported that professional streamers on Twitch who play for 40 hours a week take in between $3,000 to $5,000 a month – from their subscription button alone.

When a regular gamer on Twitch acts, there is a delay of between 10 to 20 seconds before the action is broadcast, but for a partner, the broadcast delay is lower, making for a smoother ride.

Let Twitch Transcode That For You

Twitch automatically transcodes all of the videos its partners create. You are guaranteed transcoding while no-partner gamers get their videos transcoded when there is enough capacity to do so. Does this matter? Yes, because transcoded videos do not annoy your fans with buffering and other problems, allowing you to provide a painless watching experience.

Twitch Will Save It For You Too

Your masterpieces, aka your video recordings, will be saved for 60 days, which is 46 days longer than for regular players. (Twitch Turbo Players also enjoy this perk.)

Twitch Partners Have The Power To Create Streaming Teams

So, How Do You Become A Twitch Partner?

You apply. And, yes, you may be rejected. Reddit threads vibrate with the disappointment of strivers for Twitch partnership who lament what they consider to be an unknowable selection process:

I’ve been watching the trends in people getting partnered and I’m thoroughly convinced the bulk of the decision is unrelated to numeric values. I genuinely believe they’re looking for something hard to define.

But Twitch puts out knowable benchmarks that you can strive for:

So, It Is Kind Of Murky

Obviously, there is more to becoming a Twitch partner than meeting their basic criteria. Gamers who understand that they are a brand are well-placed to one day hold the Holy Grail in the hands they use to demolish records in League of Legends.

Now that we’ve reviewed the opportunity of affiliate-ship and the shining glory of partnership, let’s move on to other ways to make bank on Twitch.

Sponsorship: Who Me? You Want Me?

Twitch is a hot platform and major brands from T-Mobile to Zowie to Wikileaks want access to your fans, via you. Gamers use influencer-marketing platforms to connect with sponsors. At PowerSpike, Hellogamers, or ProGamersHub, you will find sponsors who are looking for a great match for their brand.

I’ve mentioned branding a few times in this article because I know that it is key to uber success on Twitch. Not everyone has the charisma or drive to ascend to the position where gaming companies will line up to shower you with money, but gaming sponsorships come in all sizes.

The Best Time To Plant A Tree Was Twenty Years Ago. The Second Best Time Is Now.

This Chinese proverb speaks to me:

When I let negativity seep into my thoughts, convincing me that it is too late to start a new initiative, I open a tattered leather-bound book that I write my favorite quotes in and I read it.

I suggest that you start to do things today that will help you become a marketing influencer in the future:

Influencers is a short film (running 13:55) that is inspiring to watch as a would-be marketing influencer. The film describes influencers and the kind of things they do, and the ways they think.

Being a marketing influencer in the gaming universe is its own thing, for sure, but the ideas in this video are relevant to your journey.

Let’s Get Back To Bank: Merchandise

When your brand takes hold on Twitch, you should consider selling merchandise like hats, t-shirts, and even hoodies. I do not suggest that you go big, at least initially, as you do not want to house 15 unopened boxes of groovy T-shirts in your spare room, and your main gig will continue to be gaming.

Starting small will allow you to test the market for your brand. Amazon offers a nifty service named Merch, where you can upload a T-shirt design and when someone buys it, Merch produces and ships your product – and pays you monthly royalties. It’s all about keeping overhead costs low or nonexistent.

Let Me Present My Takeaway Message

If you take away only one idea from this article, let it be this:

Yes, Reddit is littered with threads bemoaning the difficulty of earning bank on Twitch, but should you choose to move forward slowly, building your brand with authenticity and allowing your fans into your world, you will get paid.

You may wish to make Twitch work for you as a part-time job would, limiting your hours of play while simultaneously focusing on other life goals. Or you may decide that professional gaming is the lifestyle for you.

If you are all in, continually take your pulse as a gamer as you get better at what you do. One crucial action is studying your heroes – watch how they act, track their numbers, follow them on social media, and make a list of best practices.

Gaming as a profession has more in common with other professions than you might think. You work a set number of hours at a set time, you research what is happening in your field, you continually communicate in a winsome manner, and you throw out what doesn’t work for you.

Getting paid for doing something you love is the best it gets in working life, so when you feel a little sluggish and you just don’t feel like getting into Dota 2 or Smite, close your eyes and imagine yourself wearing an ill-fitting suit while sitting in your cubicle. Smite it is.

If you’re a true gamer you’ll pick up some of this bad-ass Twitch swag! 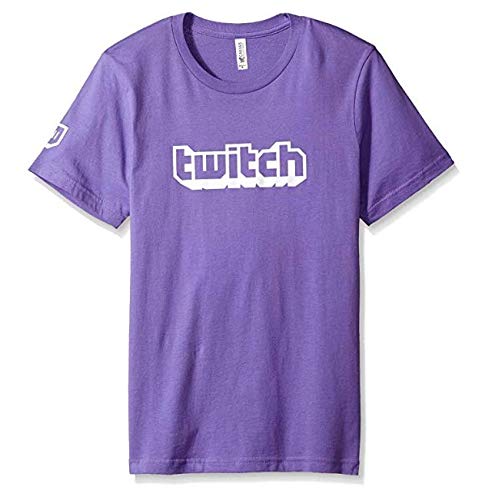 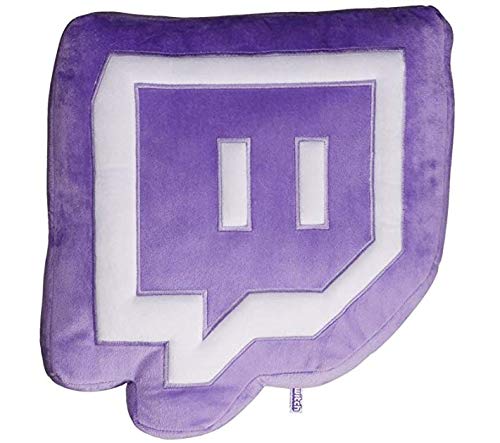 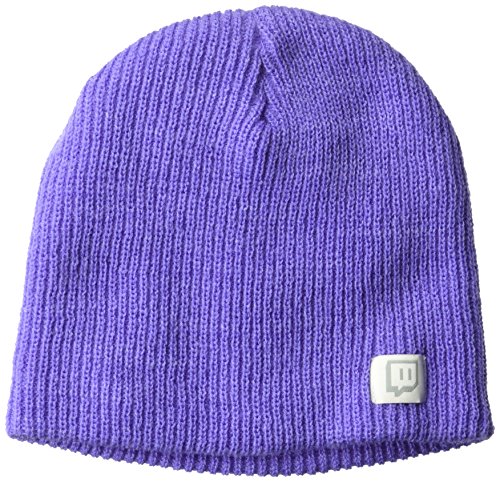 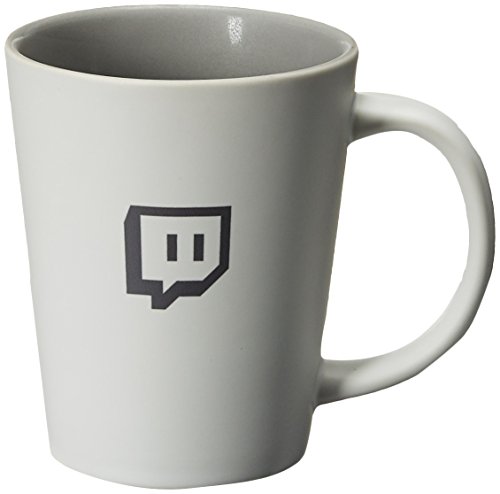 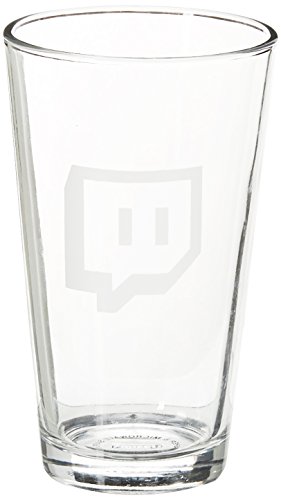 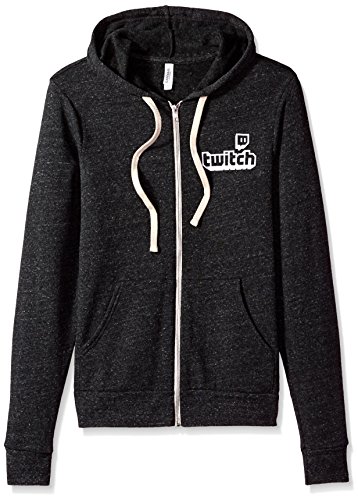 We are a participant in the Amazon Services LLC Associates Program, an affiliate advertising program designed to provide a means for us to earn fees by linking to Amazon.com and affiliated sites.