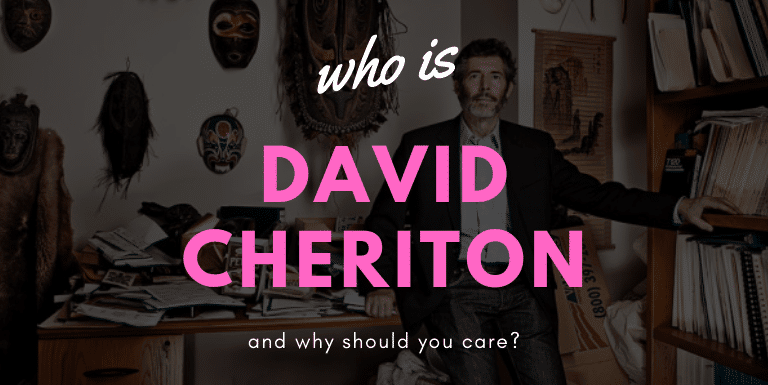 You are here: Home / Save Money / Who is David Cheriton and Why Should You Care?

David Cheriton isn’t your ordinary college professor. For one thing, he’s super-smart – which you’d expect for someone who has taught computer science at Stanford University in Palo Alto, California. since 1981. He’s also a very successful investor, entrepreneur, and philanthropist, with an eye toward important ideas — and for great teams that can invent industries and change the world. read more at upgrademag.com

When David Cheriton goes out to eat, he usually saves half of the meal for the next day. David Cheriton lives in the same colonial-style home he bought more than 35 years ago.

David Cheriton took a vacation. Once.

He went to Maui and windsurfed. Afterward, he called himself “spoiled” and was even upset with himself for the money he spent.

David Cheriton is also a billionaire. He’s one of the wealthiest people in the world, with a net worth of almost $6 billion.

What does David Cheriton do for a living?

David Cheriton is a professor at Stanford University. He made his money because he knows his field inside and out – IT and computer technology.

He’s also an incredibly intelligent investor. Here’s a blurb from a story about him at The Stanford Daily:

As an “impoverished university professor,” Cheriton paired up with Andy Bechtolsheim–who later went on to co-found Sun Microsystems–to start a tech company in 1995. After existing for about 18 months, the startup was bought up by Cisco for $200 million. In his own words, the venture took Cheriton “from the category of having to work for a living to the category of not having to work for a living.”

How did he make his billions?

The Cisco deal is just what got him started. David Cheriton’s big break came when he Sergey Brin and Larry Page, the founders of Google:

Meanwhile, Google founders Sergey Brin and Larry Page were working on their Ph.D.s on the fourth floor of Margaret Jacks Hall, Stanford building 460. Though Cheriton had never personally taught or advised either of the two, the rumor that the Canadian professor down the hall knew a thing or two about both the Internet and business drove Brin and Page to seek out Cheriton for counsel.

As the story goes, David Cheriton met with the two on his front porch (of the home he still lives in today) and ended up cutting them a check for $200,000 (although some sources say it was $100,000) to start Google.

It’s fair to say the investment paid off. Alphabet (Google’s parent company) has a market cap of over $741 billion today.

The dynamic duo didn’t even have a bank account at the time of the investment. Check out this hilariously crappy-quality video from Forbes on David Cheriton:

Here are a few lessons I’m taking from David Cheriton

So this guy is sitting on billions. Yet he lives a life of frugality. So what can we learn?

He says his “rule is never spend in a way that I can’t explain to my parents without apology or embarrassment.” Now that gives you something to think about.

This carries into the way he invests his money. Cheriton will only invest in something if he truly believes it in himself.

He’s not in it for a quick buck. Here’s a quote from Cheriton on how he chooses his investments:

“I look for opportunities where I can add real technical value,” said Cheriton. “It becomes a competitive advantange. Rather than spray and pray I invest time and money in the company to make sure it’s successful. I treat it as my baby rather than one of the horses I’m betting on.” read more at futuriom.com

2. If you have to make time to spend your money, you’re not frugal

As a professor at Stanford, this guy is mad busy:

Like most Stanford professors and students, Cheriton finds himself with a packed schedule. But while most undergraduates cut back on sleep in response to their struggle to do it all, Cheriton has, in comparison to his fellow billionaires, let spending take a back seat in his day-to-day activities. The nerd in him doesn’t like to waste time on comparatively inconsequential things.

And he believes that spending his money would take too much time:

“I’m very involved in technology still, involved in too many things,” he said in his fourth-floor corner office in the Gates Computer Science building. “If you buy a fancy car you have to figure out which car and who’s going to look after it and all that sort of stuff.”

The guy just thinks on a different level.

3. If a billionaire isn’t buying it, why the hell am I?

Cheriton drives a super modest car and has lived in the same home for more than half his life. It’s not like he can’t afford to upgrade his lifestyle, he just chooses not to.

So if he’s not upgrading, how does it make sense that I would? Instead, he suggests focusing on building the right relationships:

Cheriton concluded with the advice: Choose your friends well. “I’ve benefited enormously from the friends that I’ve developed over the years in Silicon Valley.” And be prepared for the next great opportunity that you can explain to your mother.

One of his Ph.D. students says that David Cheriton’s standards are crazy high and he tells his students to think big and make an impact on the world. If we’re not setting the proverbial bar extremely high, we’re settling for mediocrity, right?

Here’s what he told a bunch of college students at their graduation: 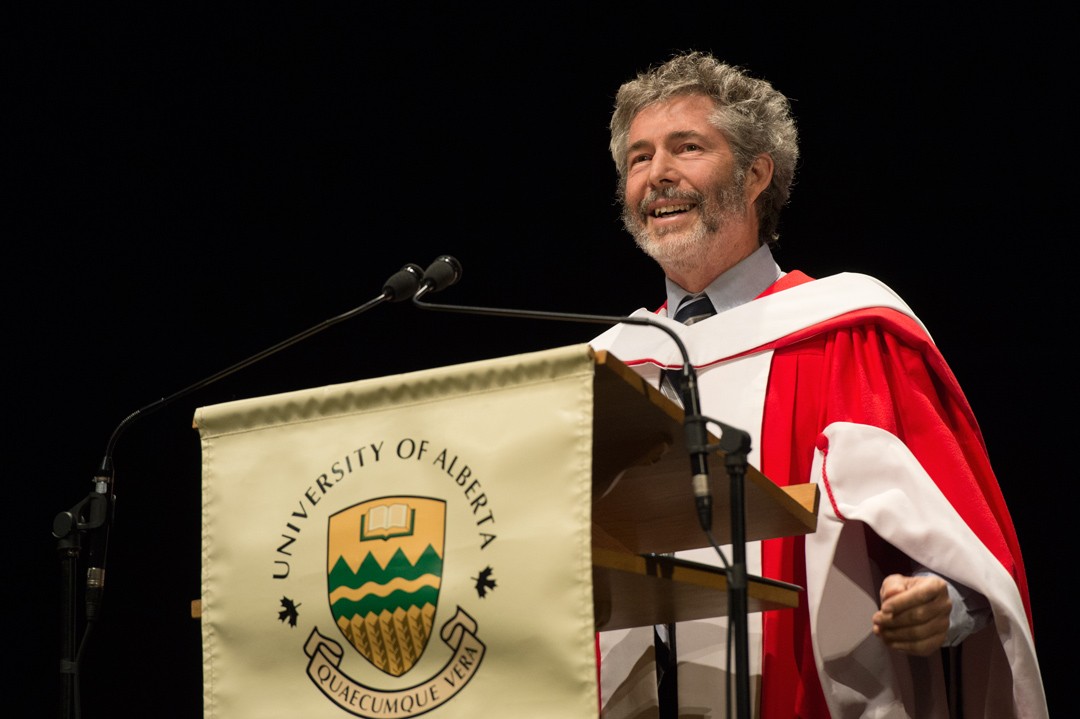 “So, as you sit there with your freshly printed degrees that your family proudly thinks you have earned, I hope you feel insecure and incompetent and even unprepared. But, at the same time, I sincerely hope that you have met the right people, developed a powerful passion and learned the persistence to power you through future challenges, on to success that will truly honour the education and the degree you receive here today. read more at folio.ca

There are tons of (real) rich people who live a life of frugality, in fact, Excellence Reporter has a list of 15 of them right here.

The question to think about is why they choose to live this way.

Yet we (I say we loosely here) seem to have all kinds of time to finance that new car, buy a bigger home when we get a raise instead of downsizing, or take a luxurious vacation that will make our friends envy us.

Then answer the question…

Why do we as a society find time and reason to buy newer, bigger things when folks like David Cheriton don’t? Share your thoughts in the comments section below! 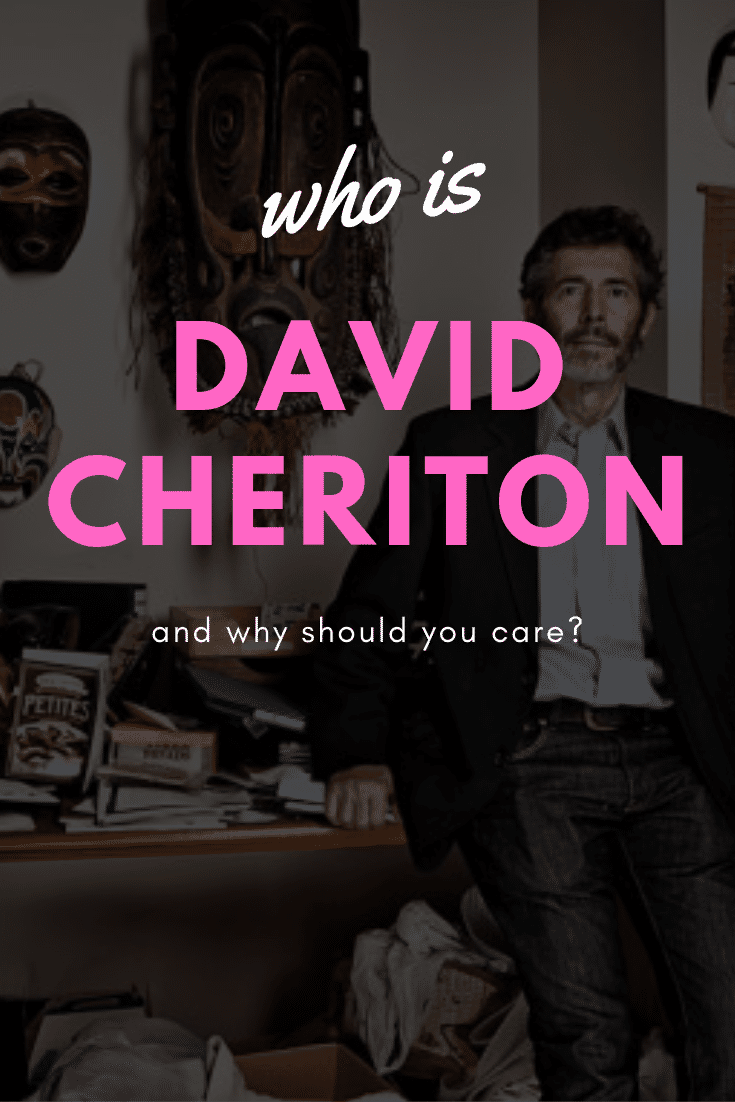